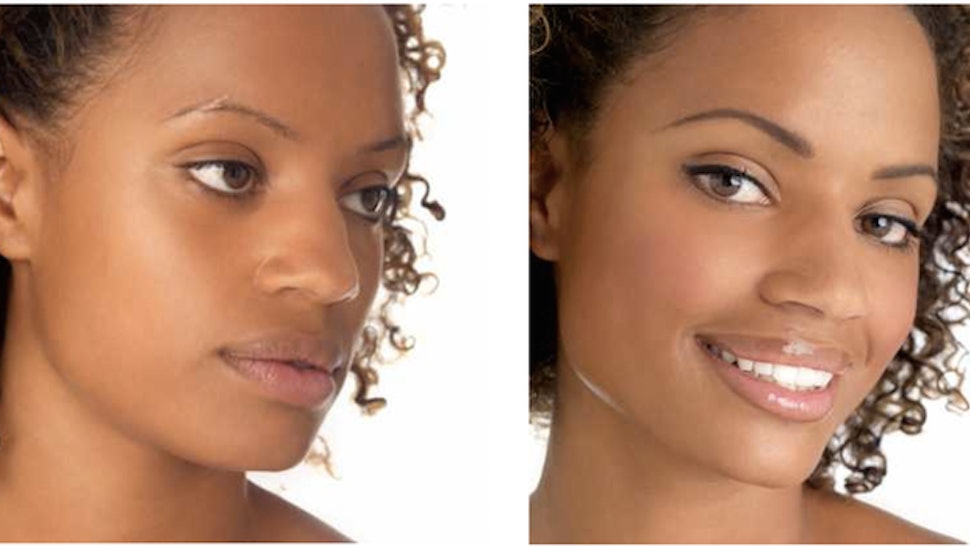 We’re all constantly looking for the “longest-lasting” eye, lip, and face products that we know will stay on all day, but there’s one procedure pretty much guaranteed to take things to a whole other level: permanent makeup. But what is permanent makeup exactly? Also commonly referred to as “cosmetic tattooing,” “derma pigmentation” or “micro pigmentation,” the process involves implanting pigment into the upper layer of skin around the eyes, eyebrows, and lips. It can be used for camouflaging scars, burns, Vitiligo, as well as correcting some facial irregularities

“We are restoring people’s confidence as well as their features,” says Dr. Kyla Gutsche, a professor-turned-tattoo-artist who began working in the field after her own experience with cosmetic tattoos post-cancer. “We are balancing out features following strokes and the aging process, we are augmenting lip lines or correcting them after surgeries, we are enhancing eyebrows following over-plucking or cancer treatments, and we are coloring scars to blend in with the surrounding healthy skin tones.”

In addition to helping restore facial features after trauma, permanent makeup can also be used cosmetically. Things like permanent lip and eyeliner, and even microblading, can also be used to enhance features and save you time getting ready in the morning. It can also be used for non-invasive body reconstruction, for example to help camouflage scars or aid in nipple repair after surgery. Pretty amazing, no?

For anyone interested in a non-surgical restoration, or anyone who’s just curious about adding a more long-lasting step to their beauty routine, here are seven things you should know before getting permanent makeup.

2. It Can Last For Years

Like with normal tattoos, time and sun exposure can cause the ink in permanent makeup to fade. The amount of time permanent makeup will stay fresh varies from person to person, but can last anywhere from two to five years without a touch-up.

3. You Should Always Check An Artist’s Work Beforehand

Just like you would check out a tattoo artist’s work on Instagram (#jonboyfanclub) before letting them ink you, the same should go for permanent makeup. “Look for practitioners who are willing to let you speak or meet up with other clients they have done similar work on,” says Gutsche. “That will tell you whether the technician has a good rapport with their clients and it will allow you the chance to inspect the work firsthand.”

4. The Color Will Fade

5. Make Sure To Stay Away From Salons Who Advertise “Touch Ups” Within A Year

Like any normal tattoo, cosmetic tattoos are meant to last. If you need to get a cosmetic tattoo touched up after a year, it probably wasn’t done properly. “Technicians who advertise that their work needs to be touched up every year or less should be avoided, as they simply do not have the technique mastered for you to invest your trust or hard-earned dollars in,” says Gutsche.

It’s a tattoo, so of course it does. But the good news is, because the areas are so sensitive, most technicians will provide a local anesthetic to minimize the pain.

There is no such thing as an “ideal candidate” for cosmetic tattooing. Men and women of all ages, ethnicities and genders can benefit from the treatment, and the ink can be used on their faces as well as on their bodies (for example, to correct nipple shape after surgery). The only exceptions? Those who are pregnant or breastfeeding, anyone actively undergoing cancer treatments, or people currently on Accutane.